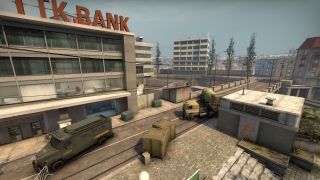 For the first time, the Overpass map appeared in the map pool Counter-Strike: Global Offensive with the update of Winter Offensive together with the Cobblestone map. Actions on the map are unfolding in Germany. A group of terrorists from the elite Phoenix unit decides to blow up a truck with a rocket. To do this, they successfully blocked the bridge, slowing down the traffic. The terrorists can achieve their goals in two ways:

Despite the novelty, the Overpass map is in great demand, including the professional scene. Many players prefer the map because it combines long and medium distances in open space. It is noteworthy that the map has dynamic objects. For example, sometimes a train passes near B, which makes a corresponding sound, and can also prevent you from reaching the grenade. You can also take a closer look at this modern CSGO case opening to have a more fun time in the game.

Interesting facts about the Overpass map:

Game of the main sniper

Unlike most other maps, on Overpass a sniper team takes a length or a balcony. Middle does not seem to be a favorable position for a player with AWP due to the distance too close. It is assumed that on the classic buy-round side of the defense is buying two sniper rifles. One player takes a long position, and the other – on the channel or balcony.

Sniper A, with a rapid attack of terrorists over the length, can quickly move deep, taking a waiting position. The second sniper has the ability to control the exit through the monster, protecting the player who is located on the zigzag. The snipers’ main task is to make an open fragment, giving the team an advantage at the start of the round.

Attack through the center of the map

With a good purchase, there are chances to pass successfully through the middle. To do this, you should let the player to the balls, throw smoke on the connector and give flashbang deep into the banana and the toilets. Then there is a passage for length and exit to the main, both from the banana and through the toilets. Now you should throw the smoke on the bank and the fence. The player throws a flashbang from the length and goes to the plant with the installation of a bomb under the toilets.

Now you should take deep positions and leave two players in the plant: behind the car and at the exit of the zigzag. In the middle timings should throw flashbang over the fence, as well as hammers at the bank. If there is smoke, you should throw it in front of the car to hide your teammate’s position.

Overpass map provides many opportunities for fairy attacks. However, this will require a lot of training. In this way, it is worth studying the timings inherent to this map. For example, late timings and flashbang from a length can focus all the forces of defense on the moment when fake only one attacking player, and the rest of the bursts on B. This requires a clear teamwork, which is achieved through communication and constant joint training.

That’s all we wanted to tell you about the Overpass map. Practice, learn from your mistakes, review demo and build a team – then you will be able to reach a whole new level of the game. If you want to make the game more attractive, CSGO NET will help you.